Social Justice in America from Emmett Till to George Floyd 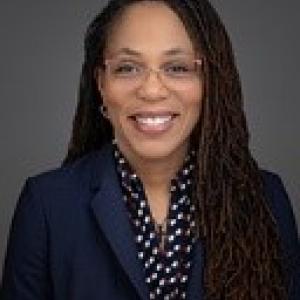 Prior to joining Cooley Law School, she was the staff attorney for Legal Aid of Western Michigan. She advised and represented low-income clients on family law, housing, and consumer law issues. She collaborated with other programs to address legal issues faced by ex-offenders re-entering the community. She also translated for Spanish-speaking clients.

Previously, Professor Brame served as a staff attorney for Public Defender Services for the District of Columbia, a research and writing specialist with the Federal Defender Office, and an assistant defender with the State Appellate Defender Office in Detroit. She began her legal career as a law clerk to the Hon. Julian Abele Cook, Jr. in the U.S. District Court in the Eastern District of Michigan.

She has served as an adjunct professor at Grand Rapids Community College.

Professor Brame garnered death penalty litigation experience as an extern with the Alabama Capital Resource Center. She conducted research, interviewed inmates, their relatives and former jurors, compiled statistic on racial composition of juries, helped prepare an argument before the U.S. Supreme Court, and drafted racial justice legislation for the state of Alabama.